We thank you for your continual support of Mt Lebanon soccer.  We open up the registration for the Fall-2020/Spring 2021 Travel Teams on April 1st.

Registration will close promptly on May 15th, 2020.

Travel soccer is a sponsored program of MLSA. The travel soccer program is organized by age and gender. It provides a highly competitive training and playing environment for those players (and their families) who have the requisite athletic ability, soccer skills, level of commitment, and can meet the other demands placed upon them.

Please see our FAQ section below to assist you with any questions and to help you become more familiar with our program.  Here is the link http://www.mlsa.org/programs/travel-programs-info-registration Please Note: that Registration for the Academy Players (Born 2012) will open in June 2019.  Refer to the U9 Academy page on our website for more information.

Important:  For players planning to tryout for the High School or potentially the Middle School team (If developed), we ask that you also register and tryout for the travel team as well.  This assumes that your player would like to continue to play soccer in the fall in case they do not make one of the school teams.  If your player makes a school team, MLSA will refund you 100% of your registration fee.

Please bring the following to the tryout:

A PARENTS GUIDE TO TRAVEL SOCCER

This guide was developed to assist you in answering some of the more common questions that we receive related to our travel soccer program. Travel soccer team play not only requires that your son or daughter be capable of playing at a high level relative to the rest of their age group, but also involves a substantial time commitment from both the player and their family. While we attempt to respond to variety of considerations, you may find that some issues, based on your family’s personal demands are not included in this guide.  If so, please reach out to us at info@mlsa.org.

What is travel soccer?

Travel soccer is a sponsored program of the Mt. Lebanon Soccer Association (MLSA). The travel soccer program is organized by age and gender. It provides a highly competitive training and playing environment for those players who have the requisite athletic ability, soccer skills, level of commitment and can meet the other demands placed upon them. It also requires a commitment from the player’s family because missing training or games is a disservice not only to the player, but to his or her teammates and those players who were not placed on a travel team.

How does travel soccer differ from our recreation soccer league?

MLSA soccer travel teams are competitive. Therefore, making and staying on the roster is earned based on the team member’s play, commitment and attitude. This is different from in-house or recreation soccer leagues, where all players are placed on a team roster regardless of playing ability. Recreation soccer also has unique requirements to encourage participation by all players such as all players must play 1/2 of each game. Travel soccer playing time could be based on the team’s needs and is generally left to the coach’s discretion based on the level of play and composition of the individual team.

MLSA sponsors up to three travel teams in each age and gender bracket. Each MLSA soccer travel team, though affiliated with MLSA, is independent and therefore has different goals and team characteristics.

Both the MLSA house and travel soccer programs have a commissioner appointed by the MLSA Board of Directors. The MLSA Travel Commissioner’s organizes the tryouts and coordinates the team formation process.

Like many Club travel programs in the PA West Divisions, MLSA does employ an "A-B-C system" when forming travel teams. All travel teams have the same fundamental mission for the players - to create a meaningful, positive experience; to develop soccer skills, and to teach the lessons associated with team play.

How does competition affect the travel soccer program?

MLSA Soccer travel teams play in the PA West League. Teams are assigned to a particular division based upon their history and projected level of play. Each season, teams are placed in a higher or lower division based upon their record from the previous season. Generally the top two teams in a division are moved up a division and the bottom two are moved down a division. For this reason and others, travel soccer play inevitably becomes competitive over time.

How old must my child be to play travel soccer?

How do I get on a travel team?

You must try out to join a travel team. MLSA requires all travel teams to have a tryout each year generally sometime during our spring season. However, we do occasionally have mid-year tryouts as required to address various unique situations.

When and where are tryouts?

MLSA holds open tryouts during its spring season. Tryouts typically consist of one or more 60-90 minute sessions to evaluate your child’s athletic ability, skills, and interest. After the tryouts, an offer to join a specific team may or may not be extended to your child, typically no later than early July.

Occasionally, teams may pick up a player or two between the fall and spring seasons if spots are available. However, once seasonal league play begins, rosters are fixed and no additional players may be added.

How do I find out about a tryout?

MLSA use various methods to publicize their tryouts. MLSA Facebook Page, MLSA E-Blasts, School Blasts and word of mouth.  All potential players must officially register through our website.

You can also contact MLSA at info@mlsa.org if you are looking for more information about the Travel Program.

What type of training is provided?

When do travel soccer teams play their games?

Most MLSA travel games are held on Sundays but there may be occasions when a team may play games on both a Saturday and Sunday of the same weekend, especially if games need to be made up due to cancellations. The fall season runs from late August to early November. The spring season runs from the mid-March until early June.

How many players are on a team?

MLSA follows the guidance of PA West when building travel teams.  There are suggested roster spots based on age.  MLSA uses this as a guideline, but generally:

What is the player’s time commitment?

MLSA travel teams participate in a fall and a spring season.  Each season is typically 8 to 10 weeks long.  This does not include other optional programs that MLSA provides during the winter and summer which include: Winter Futsal, Summer Futsal, goalkeeper training and summer camps.

Where do travel soccer teams travel for league play?

Locations for league games are generally different based on which competitive level you team is placed in but generally our games will be played at a location within a 30 minute drive.  There are occasions where you could drive up to 1.5 hours if teams from West Virginia or Ohio are placed in your team’s division.

How much does it cost?

As an Association, we do our best to be efficient and to keep travel soccer affordable.  The registration fee for travel soccer will range from $225.00 to $250.00 which will include both the fall and spring seasons. Jersey Kits are a separate cost and cost $75-$85 for the required kit (i.e., home and away jerseys, shorts and socks).

The objectives of MLSA travel soccer are to:

1) Maintain a positive but challenging environment that allow players to develop their physical, physiological, technical and tactical soccer potential;

2) Field teams that play quality soccer at a level of competition to commensurate with their talent;

3) Provide the opportunity for the most talented and dedicated players in the area from within the same school district to play together and to allow teams to play at the highest level of competition possible;

4) Promote fairness, equity and good sportsmanship in pursuing the above objectives.

5) Supervise and support each team to attain the above objectives.

Is there any commitment to MLSA?

How is the coach selected?

All coaches must apply for a coaching position by registering as a Volunteer through our website. The Travel Commissioner’s selects all travel team coaches after a careful consideration of factors that include, but which are not limited to, the coach’s: experience, temperament, and commitment. In addition, all coaches must provide clearances and take the required courses required by PA West.

What Can Parents Expect From Travel Coaches?

MLSA soccer travel team coaches must meet high standards for technical competence; knowledge of soccer rules and tactics; ability to work effectively and positively with travel team players; and the ability to interact effectively and positively with parents, other coaches, game officials and club league administrators. The travel team coach is the official representative of MLSA Soccer in dealing with players, parents, league officials and the public.

The volunteer coach has offered significant amounts of time and effort to ensure the team receives all the necessary attention it requires and deserves. All coaches should be regarded in the same manner that you wish to be respected.

Coaching a travel soccer team is a wonderful and satisfying experience, but there are challenges with every season. MLSA Soccer is very proud of its cadre of travel team coaches.

Can my child be cut from the team?

There are number of reasons why we may cut a player and the discretion belongs entirely to MLSA.  We know that cutting a young person can be one of the most difficult things they have to deal with, so, especially at younger ages, we do everything in our power to avoid cuts. When cuts are necessary, however, it is not surprising that both players and parents can become very emotionally involved. When faced with a cut, the Travel Commissioners will be available to talk the parents and, if appropriate, the player and describe other opportunities to participate in soccer through MLSA.

MLSA may also promote or demote a player from an existing travel team based on specific criteria such as: behavior, maturity, attendance, and skill development.  This would occur during the winter (off-season) months.  If that were to occur, the Travel Commissioner will have that discussion with the parents before any move is made.

Who do I contact if I have an issue or problem?

The Travel Commissioner represents MLSA Soccer in providing support and oversight of the MLSA Travel Soccer Program and in handling disputes.  Please refer to our website for the contact information. 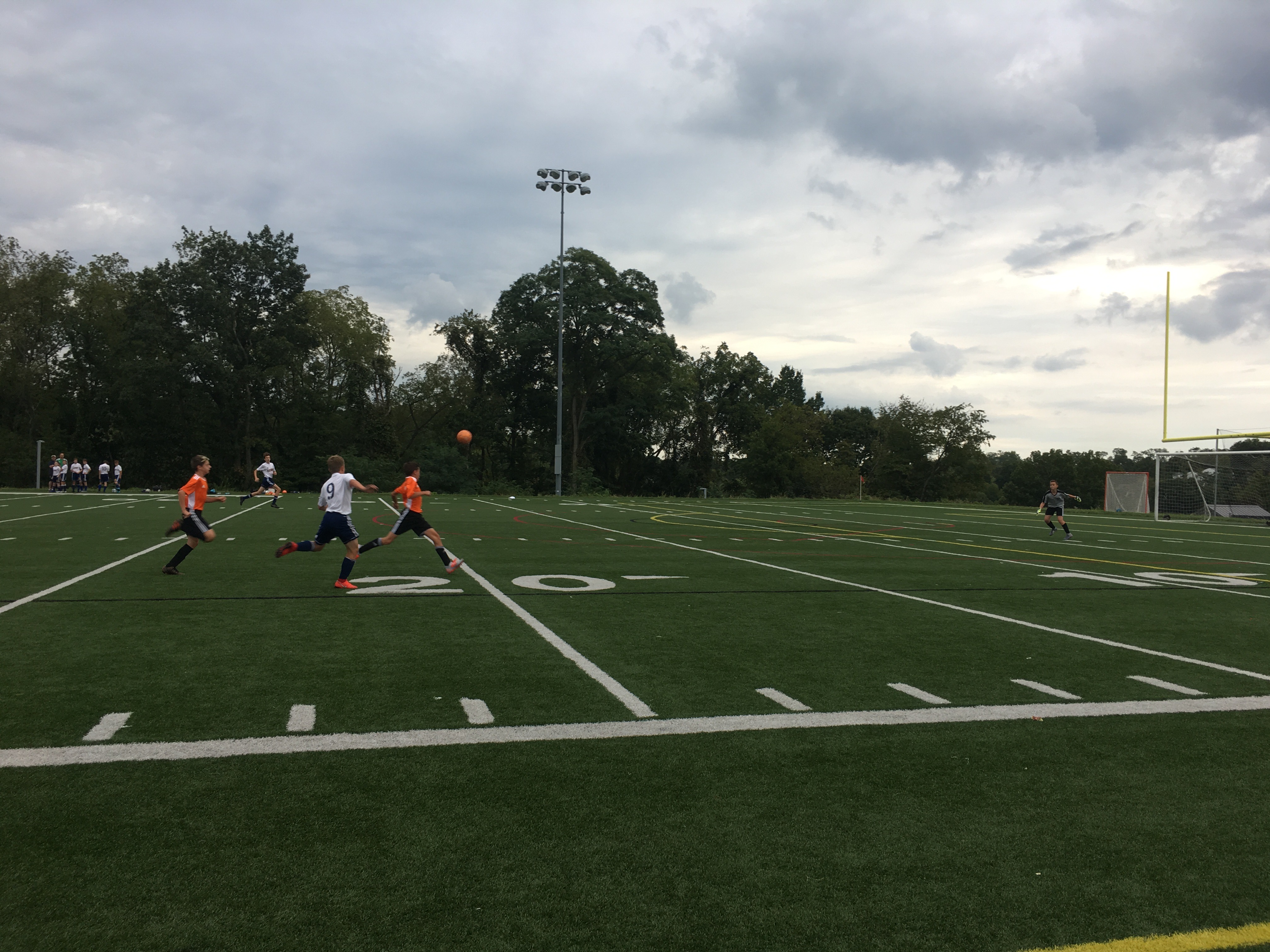