The attached playing rules have been drawn up to meet the following objectives:

1.           To abide by current and established FIFA Laws of the Game, US Youth Soccer rules and PA West rules where possible, and

2.           To abide by established principles of mini-soccer, as developed by USSF professionals, and

3.           To give the players the maximum freedom to develop soccer skills during regular games in an environment free of external influences to the extent possible.

FIFA, US Youth Soccer and PA West rules apply, with the following exceptions, clarifications and amplifications:

Lebo Cup Players on Field and Roster Sizes will adhere to the following guidelines:

A. In cases where team rosters in an entire Division are larger/smaller than the suggested size, the MLSA Director may choose to increase or decrease the field players plus a goal keeper in order to provide more playing time for each participant.

B. In cases where one or both teams do not have a sufficient number of players to play a regularly scheduled game, coaches are encouraged to still find a way to play the game by agreeing to one of the following:

B1. A team without enough players may borrow up to 3 other Lebo Cup players from other teams in the same or next younger age group - provided that:

-       Boys are not used as borrowed players in girls’ games

-       This practice is not used to regularly create lopsided teams

-       The borrowed players do not miss a game with the teams to which they are assigned in order to participate.

-       The total size of the team after adding borrowed players does not exceed 8.

B2. Mixing or exchanging players from the two teams that are scheduled to play to create two sides with sufficient players.

Game length and Ball Size will be dependent on the division and adhere to the following guideline:

>  There will be no coin toss.

>  Visiting team is deemed to have won the coin toss and may choose the kick-off or a goal to defend.

Unlimited substitutions by both teams are allowed after the approval of the referee at any stoppage.

Substitutions must be arranged so that each player plays at least half of each game.  No player shall play the entire game unless all other players have played at least ¾th of the game.  The playing time rules apply to regular time in tournament games but not to overtime periods.

No player shall play goal keeper for more than ½ of game.

Note: Tournament substitution rules may vary according to the guidelines set forth by the Commissioners.

Shin guards are REQUIRED at all practices and games.  Game attire will consist of the designated Lebo Cup Jersey, shorts, soccer socks and soft cleats (no baseball or Football cleats allowed) or tennis shoes.  Watches, earrings, necklaces, Fit-Bands or any other articles that may be considered dangerous to the player, teammates or opponents must be removed.  If a player is wearing a cast of any kind, it must be entirely covered with padding and must be brought to the attention of the referee.  The referee has final discretion on whether the cast presents a risk of injury to other players.

For a complete description of the Offside infraction, see Law 11 – Offside, in the FIFA Laws of the Game.

Division = 3rd & 4th Grade - The Offside Rule does not apply

Division = 5th & 6th Grade - The Offside Rule does not apply

Division = 7th & 8th Grade - The Offside Rule does not apply

Note to coaches, players and spectators:

All Divisions - Law 11 Offside: there shall be no offside called during these games. This rule was put into place for these Divisions to make it easier for them to play a fluid game. Furthermore, the typical non-travel player does not understand the many situations in which offside may or may not be called. In fact, many adults have a difficulty comprehending the shades of grey within this Law.

For the sake of keeping our players in the game for a lifetime, proper development through childhood and the teenage years is important. Taking shortsighted actions such as the "cherry pick" inhibits that development.   We ask that you avoid this situation.

Furthermore, Lebo Cup regular season games are normally refereed by a single referee. In games where the offside rule is enforced, it is the responsibility of this single referee to judge whether there was an offside infraction or not. Determining whether an offside infraction has taken place during the dynamic run of play can be very difficult even when the decision is being made by an experienced assistant referee on the touchline.

With that said, we are adding a "Cherry Pick" Rule Infraction which will be a subjective call by the referee.  If called, this will result in a change of possession "Indirect Kick" from the spot of the infraction.  This will be instituted for all Grade Divisions.

7      Punting by the Goal Keeper:
Not Allowed.  Goalies may throw or dribble the ball.  Drop Kicks are also not allowed.

8.     Slide Tackles:
100% Not Allowed.  Slide tackles will be deemed playing in a dangerous manner, whether or not a penal foul (e.g. tripping) ensues from the tackle.

> Goal Kicks - No player may touch a ball after a goal kick until it has left the penalty area.

>  Corner Kicks - You cannot score directly on any kick-off.

>  Kick-Offs - You cannot score directly on any kick-off.

>  Infractions - Should be kicked indirectly from the spot of the infraction.

The FIFA Laws of the Game define a Technical Area from where coaches may communicate with players during the game. Lebo Cup fields are not lined with such a designated Technical Area. For Lebo Cup matches, coaches will stay in their own half of the area outside the field of play between the halfway line and the top of the penalty area. A coach may not move the length of the side line, through the opposing team’s area to give instruction, nor should he walk all the way to his own goal line. There may be no more than three (3) coaches on the sideline with a team during the game.

Deliberately heading the ball in divisions that do not allow heading (See above) will results in and indirect free kick to the opposing team.  Infractions will not be called for an accidental heading.

Respect is the key behavior required of all coaches, players, and parents.  Please show respect to the referees and all opposing teams and fans.  Positive comments are encouraged at all times.

Criticism of referees, players on either team, or any spectators is strictly prohibited. The MLSA expects all of its coaches and parents to serve as positive role models in all regards at all times regardless of any perceived inequity.  Any matters that need to be addressed should be communicated to one of the Lebo Cup Commissioners and not resolved on the playing field or sidelines.

Players and coaches will line up at the halfway line after the game and shake hands.

Coaches - Please distribute a copy of these rules to each of your players and ask that they be given to parents and spectators.  Lebo Cup is intended to teach soccer skills in a non-competitive recreational environment and to be a positive team experience for all players and coaches. 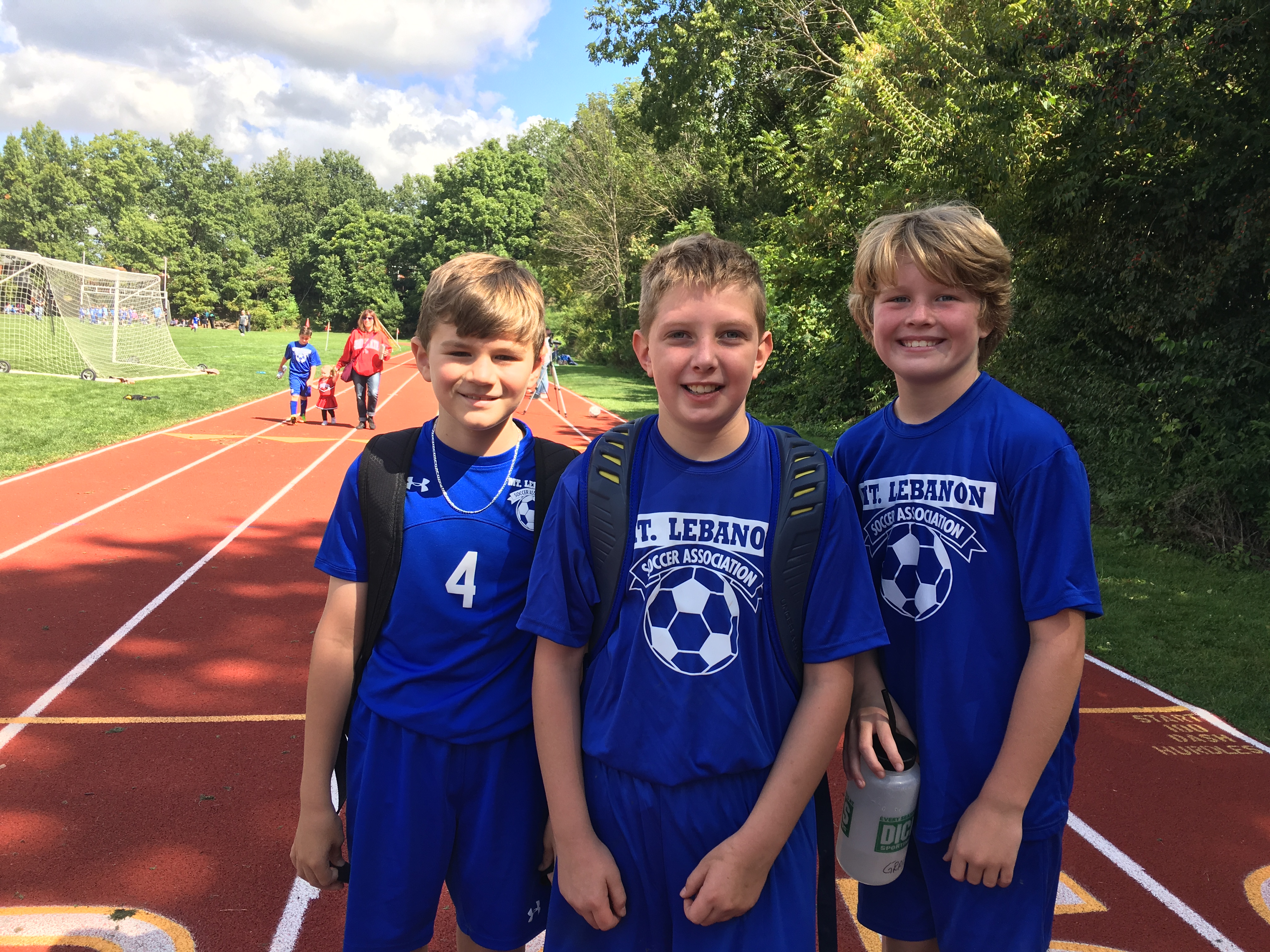